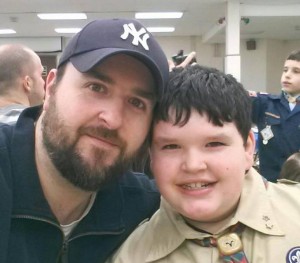 So, long before I hit Day 100 and the HOF, I took a look at the HOF speeches from guys who made it before me. I was proud of their accomplishments but couldn’t believe how “needy” these guys sounded. They couldn’t really be that addicted to this stuff could they? Nicotine couldn’t really be so controlling could it? Surely I had to have more willpower than these whiny addicts, right? And HOF status after just 100 days? I planned on permanently quitting… 100 days, what a joke.

I came to KTC because I wanted to quit. I posted my roll on a daily basis. I tried reaching out to guys in my group but only traded texts with a couple guys on an infrequent basis. I read lots of posts and pages – virtually everything I could. But I wasn’t experiencing a lot of the same withdrawal symptoms (none really) as many others, I wasn’t always in agreement with the Vets when they lit up a caver coming back tail between his legs as I was just glad to see them trying regardless of posting yet another Day 1. I wasn’t one of those needy addicts – because I wasn’t a slave to the Nic Bitch. Hell, I didn’t NEED KTC.

Boy how 100 days can change someone. I couldn’t have been more wrong about Nicotine. Or how controlling it makes us. I was a slave to the Nic Bitch. I was an addict. One day at a time makes total sense 100 days after this journey began. KTC had their shit together – and I’m so proud to have joined the Brotherhood and made this journey with so many great guys.

I look back at the past 100 days and owe KTC a lot of thanks. I look back now and KNOW that, had I not been an active participant on the boards, posting roll regularly and making a promise to my brothers… that I WOULD have been the quitter who decided to give in along the way and just throw in one fatty – for any number of bad reasons, all of which would have ended my quit or at a minimum put me back to Day 1 labeling me a caver and not a quitter.

Being quit is honestly what has led to other changes in my life as well, and for that I owe KTC and my brothers the greatest THANK YOU… I quit dipping on March 3… but the second week in April I just decided to give up soda one day… I had previously had a minimum of 2 per day (purchased with my tin of Cope) but hey, if I could beat the Nic Bitch I could certainly kick Caffeine’s Ass as well… A week after that I bought a juicer type blender and started eating a ton of fruits and veggies… which has since led to daily salads, snacks consisting of fruits or vegetables, and a new found love for Greek yogurt. April 20th I started recording my weight on a daily basis and began walking… Craziest of all… May 20th I downloaded Couch to 5k… I’ve logged a total of 46 miles over the past month and am now 3 weeks into RUNNING. The program lasts 9 weeks – and after that I’ll be signing up to run in my first ever 5k.

None of this would have been possible had I not found KTC. I couldn’t be more thankful to KTC, the June Quit Saloon or the guys who text me, infrequent or not. There are too many guys that have had a profound effect on my life to name individually but I thank you all. To new quitters who might stumble upon my HOF speech early on in their quits, hang in there. Follow the program and post roll. Trade numbers and make friends. When the time comes to write your HOF speech, things will all make sense. Until then, take One Day at a Time and QUIT LIKE FUCK.

We’re waiting for you on the HOF train!

Zeno and brettlees at the SeaTac Airport In Seattle