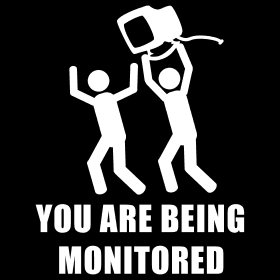 A story of loss, accomplishment, brotherhood, and hope for the future.

I am a Goon, I came here as a Goon, and I will always be a Goon. I will quit Goon Strong today.

Ok, let me back up a little.

I came to KTC a little more timidly than most. I signed up in September of 2014, and poked around, half serious, but mostly just doing some recon. I wanted to know what this place was about and how I could use it. Frankly I was still deciding I was ready to quit. I dipped for my entire post-pubescent life. From Age 12 when I stole my first few leaves of Chattanooga Chew from my great uncles pouch, to February 28, 2015 at age 34 chewing 2+ cans a day of Copenhagen Straight Long Cut, plus smoking a pipe and the occasional Hookah or cigar. Pretty much if there was a way for me to absorb nicotine, I have used it. Several people over my days have actually dubbed me “the nic-o-king”. I ran the entire gambit of addict logic on why not to quit. I love it, it’s a part of who I am, I don’t know what to do without it, its not a big deal, its not that bad, it doesn’t really affect anyone around me, if I quit it will hurt more than anything that nicotine will do to me, on and on and on. Trust me when I say that there was no way for the nicotine witch to have her hooks deeper in me. Then the small issues I would push off and ignore started to become not so small issues. My blood pressure was sky rocketing, not just sometimes, all the time. I would have heart palpitations that would bring me to my knees. The sores in my mouth, grey gums, and gums so receded that my teeth hurt. My wife crying that by continuing to dip would be choosing to leave her was about the final straw. It finally all came to a head that if I did not quit, I was going to die, and soon. March 1st, 2015 was my first full day without nicotine in 15 years.

I came here a Goon. Entering the suck, I have never been more scared in my life. I have never lived my adult life without nicotine. I did not know who I was without it. The fog was so much that I could barely think enough to make a sandwich (and I am a guy who loves sandwiches). I was not angry, I didn’t hurt, I couldn’t concentrate enough on anything to even come close to comprehending those emotions. But these feelings, they were my armor and my penance. I made myself remember every bit of hell I went through, so I would know that I never wanted to go through it again. I deserved every bit of what I had coming for the hell I put my body, my wife, and my family through all those years. I immersed myself in this site for 3 days. I stayed in live chat, in the forums, I read probably every article I could find, I read intros and intros, and all the hall of fame speeches I could handle. I exchanged numbers, and talked to vets and other Goons that were just starting on the same path I was. I learned what it was to be a Goon. I learned about brotherhood and accountability. I did not drink the Kool-Aid, I chugged and chugged and chugged.

Now crossing the first of many milestones in my quit, I feel such pride to be a Goon. I feel pride not for what I have accomplished, but for what each and every Goon has accomplished. I know I could not have done it without each and every one of them at some point. Early on I fought to keep our name the June Goons, not fully understanding why. Now I do. A Goon, in hockey, is the enforcer. While usually not the most skilled at skating or puck-handling, they are strong and resilient. If someone is exposed or weak, a Goon will step in and defend that person at all costs. A Goon shoulder-checks the bitch when a teammate is vulnerable to keep them safe, even if it means they might spend a few minutes in the penalty box for roughhousing. A Goon is always ready to sacrifice for their team. A Goon enforces the teams brotherhood. A Goon enforces the rules. I quit Goon Strong every day, and I will be here for every single one of my brothers in quit. Want to know why I will never again, not even once? Because though I could figure out how to forgive myself, and my wife would be able to forgive me, and you all might one day as well. I could never again call myself a Goon, and that would be the most tragic thing at all, something I could never get back.

Getting Out of My Own Way