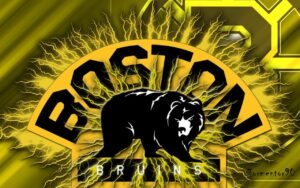 I now know that my Dark Passenger will ride with me forever. How I handle her is purely up to me.

1992, 18 years old, Senior in High School – My Dark Passenger reared her ugly head for the first time. At a Varsity basketball game, a kid had a tin of Skoal Bandits. I was not a drug user or drinker, so how could this be too harmful? A little tobacco shouldn’t hurt anyone.

Graduation to about 20 years old – My Dark Passenger remained a silhouette-like shadow. I never actually remember seeing her. I was just playing around with tobacco here, care free. A little dip here, some long cut there. Harmless, right? I would get together with certain friends and we would “throw a lipper in” and go about whatever it was we were doing that day. Swimming, fishing, detailing our cars, hiking, rock climbing. Whatever! I think I remember seeing a dark shadow in these times. “What could that be?”, I thought. My Dark Passenger lurking, tightening her grip. I had no idea. Sneaky bitch. She had an alias. It was Kodiak.

Age 20 to about 27 – Look now!!! My Dark Passenger is in her full glory!! Standing up on the front seat of the car, her head out of the sunroof, eyes closed, hair blowing in the wind, thoroughly enjoying the feeling of having her dark claws sunken deeply into me. “You like that baby?” “Yeah you’re amazing; I don’t ever want to leave you”. “You don’t have to baby; you can have me anytime, all the time.” She continued to seduce me through these years. It was like it was meant to be. “Don’t ever leave me baby”, she would say, her voice soft and sexy.

I had previously had thoughts of leaving my Dark Passenger, but she never let me follow through with it. When she told me that I should never leave her, this is when I began to question our relationship. Sure, my Dark Passenger was amazing, but was she really right for me? I knew the answer. I just had a hard time facing the truth.
Many, many times in these later years I would put my Dark Passenger aside. I could go many days, or weeks without her, but I would always go back. For me, leaving her for a week at a time was no trouble. But I always went back to her. Her arms open wide. But now, not only was she not quite as attractive, but she was beginning to show age. Her look far sterner, not so loving. I think she knew that I was pushing away. For this reason, I think she would try harder. “Baby, you know you want me, take me!” I would continue to push away. She was now becoming angry. Forcing herself on me. The more I would push away in these later years, the harder it was to really leave her. I was scared. She had a death grip on me.
After many failed attempts to leave my Dark Passenger, I decide to use magic on her. Hypnotism. I made an appointment, although I did not tell her where I was going. Instead in the days previous to my “affair with magic”, I loaded up. I soaked in my Dark Passenger during these last few days knowing that I would never see her again and that I better get as much of her as I could. And that is exactly what I did. Right up until my appointment with the hypnotist…

27 years old – I walked out of the hypnotherapist office a new man. I never looked back. It was like I had never taken in my Dark Passenger before, like she did not even exist. There were a few rough days, if I remember correctly, but now it is all a big blur. All I know is from that day forward I had no desire to see my Dark Passenger again, and strangely enough it seemed as though she had vanished.

I stood guard for many years following. 9 years to be exact. I didn’t need to fight off my Dark Passenger, because again, I never saw her, I didn’t really know she existed. She was merely lurking in the dark shadows.

Age 35, August – Time to build my business. Me and a contractor friend of mine are going to do the build out from scratch. Demolition starts, and construction begins. “What was that shadow that I just saw?” I kept working. More shadows appear. I go on not really thinking anything of it.
About half way through construction, the stress starts to build. More cigars are smoked. I find myself intentionally spending some extra time at the construction site so that I can spend some time with my new “friend”, my cigars. “What the hell is that shadow…….?”
My brother in law’s friend is an electrician. He came to do all the electrical work at my business. He was dipping. “Not me, I said” They mocked me a little, teased me with the tin. “No chance”, said my inner monologue.

Age 35, October – I will remember this day clearly for the rest of my life. “Fuck it”, I said to Mike, “I’m going to buy a tin”. My Dark Passenger had grabbed hold of me again. So I dipped. And I dipped, and I dipped, and I dipped, like I had never stopped before. My Dark Passenger had been riding with me all along… But! Not to worry! I was going to stop on November 3rd, my open house. I was certain of that.
I did stop. Then I started again. Then I stopped. Then I started again. I was purely at the mercy of my Dark Passenger. I kept seeing her, although I knew it was wrong. It was like a tragic, glorious affair.

Age 38 – After 2 ½ years of consistently trying to rid myself of my Dark Passenger, I found myself nearly in tears. I had told myself that I would stop seeing her the day of my open house. But she insisted I keep seeing her. She now had a strangle hold on me, and it was no longer sexy. I was being forced against my own will. Her voice was no longer sexy, now with a shriek, or witch-like tone with a cackle. “Don’t you want me baby?” “Hugh…” I was repulsed.
I would stop for 3 days, and then throw in the towel, and we would get back together. I would stop for a week, and then we would get back together. This behavior went on for 2 ½ years. I just couldn’t stop. I tried hypnosis four times. By now my Dark Passenger had such a strong grip on me I could not ever absorb the good of the hypnotherapy sessions that had been so successful in the past.
I was scared. “How am I going to end this relationship?” I’ll be damned if this relationship ends in my death! I knew that I had to end it more than ever, but how could I curb my Dark Passenger once and for all?

I was practically in tears. I had tried and tried to quit. Time and time again. Through all the same resources, but I felt that I just couldn’t do it. I thought I need psychological help. I pretty much cried. “Alright you Bitch, you win! Do you see me here? I need some time! I need some space! Just give me some space!!!” She just grinned an evil grin and stayed, hovering over me, now a dark shadow grew darker. It cast over me. Fucking Bitch.
I called my neighbor, a dipper for 20+ years who had told me that he had recently quit. “How did you do it?” I asked. He told me about KTC. I thought, “No way is a website going to help curb my Dark Passenger, she’s too strong.”

So I tossed my last tin of what had turned to Copenhagen for the past 2 years, and signed up for KTC, not thoroughly understanding what exactly was going to happen here. I posted “First time quitter” somewhere… I don’t even remember where. Not a few moments later, Keddy contacted me, and told me what to do. I did it. Not 20 minutes earlier I had tossed what was to be my last dip. He told me to post Day 1. So I did. Day 1, I thought. “I have to make it to 100, and then I’ll be cured!?” “Hmm, I can do this.” “Fuckin’ A, I can do this!”

I gave my Dark Passenger the finger, put my head down and I read some more that night. Trying to figure out exactly what I had just gotten myself into. I still wasn’t sure, but I did know this; I felt better already. “I am a part of something”, my thoughts repeated themselves. “Part of something…”
I read more stories, all so similar to mine. I posted a half assed introduction, I still didn’t know exactly what was going on, but I was now a part of something!
I went into the chat room. Holy smokes! I’ve never seen so many guys happy to see me! Now I am a part of something!
There was an article written shortly after I joined “Bretn77 becomes the 11,000th member of KTC, there’s some accountability for you!!!” Well here I am! Posting day 100. My HOF day. I did not miss a single day of role call, and I am damn proud of that. I was invited to post in Big Brother Jack’s March 2006 group, and I am honored to be there too.
I don’t know exactly what the future holds for me, but I do know this; my fight with my Dark Passenger is far from over. I still see her lurking in the shadows, but I know her tricks. I will defeat her. 100 days did not “cure me”, but it certainly has placed that first brick into my ever strengthening foundation. I know I will battle my Dark Passenger every day of my life. But the most important thing that I have learned is that I am an addict. I was 10 years ago, I am today, and I will be in 10 more years. I have to live with that. So for today, my focus is to “curb my Dark Passenger… one day at a time……….”

Dethan33. You were my first contact. I think this must have been fate, because you are a Boston sports fan, as am I. You are one of the only guys that I spoke with on the phone, talking some real sense into me on day 12, and we still continue to communicate on a regular basis. Ethan, I am greatful to have met you.

Mcarmo44. You have sent me a text message EVERY DAY since day 1, without fail, and we have never met! That is pure dedication. Thank you Mike, I sincerely appreciate your commitment to MY quit. Words can barely express my gratitude towards you. Karma is going to treat you well my friend.

It also feels great to help out the new guys. Allpuck, was wandering around one day, just like me and I helped him out, just like Keddy helped me out. As you all know, having someone looking to you for advice is just adding more accountability and brotherhood to your quit.

Tarzan34, thank you. I truly respect you. I will hope to see you in the HOF soon. But more importantly, I hope for today, you will remain quit.

The Fight Will Never Be Over 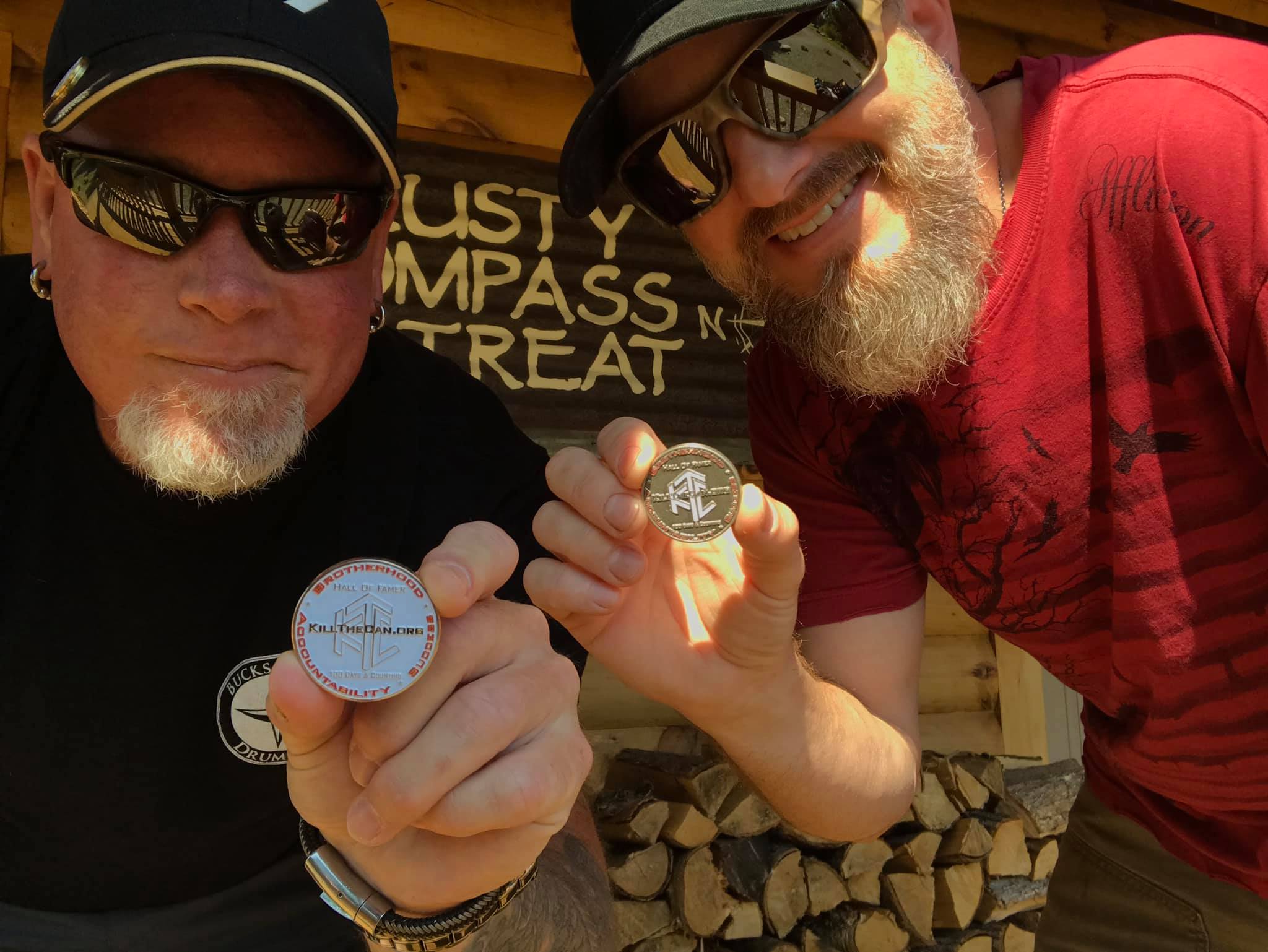