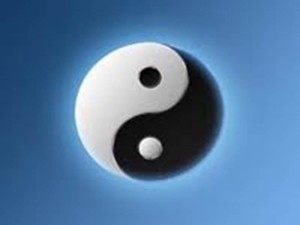 I’ve been dip-free for 100 days – so in the tradition of KTC, this is my HOF speech. I need to get this down in writing so that I never forget the consequences of my tobacco addiction and seriously think of buying a can of Copenhagen again. And hopefully something in here will help someone else on the path to quit. I also want to express my thanks to KTC and the many quitters who helped me reach the HOF – particularly the Mighty Lumberjacks of November 2008 and vets Buckfever, FranPro, Sweenz and Big Brother Jack. KTC can seem like just fun and games at times, but we all know this is a serious, life or death, business, and you vets are doing good and important work helping others “kill the can.”

Like most of the quitters here, I found tobacco as a teenager and used it for many years without serious problems. If anything, the pros of use seemed to far outweigh the cons, as smokeless tobacco became my drug of choice to get me through many late night study sessions in college, law school, and bar exam prep. Skoal, then Rooster, and finally Copenhagen gave me energy and alertness through years of often tedious work – I came to regard them as my “spinach” (like Popeye). In short, I liked using dip a lot, especially the almost electrical charge it gave me to take care of business. It seemed to fit my lifestyle, at least while I was in school and young.

But in my 30s the cons had obviously overtaken the pros. Dip increasingly controlled my energy, concentration, mood, and health. I was now using it whenever possible and that could make me appear anti-social, now that I was working and had a family. Why go out to lunch with colleagues when one could dip in the office? Why not sacrifice a weekend with the family (yeah, I hid this embarrassing habit from them) to dip at work and get further ahead? The worst thing was that I came to the depressing belief that I’d never be able to function without nicotine. After trying and failing to quit with every quit product on the market, I doubted myself and thought I was stuck with tobacco for decades to come or until an early death that would devastate my kids. This thought bothered me for a long time. But this summer the epiphany came—I was behaving like, and was, a drug addict—and I got the resolve to make the final quit, no matter the consequences. I used only nic lozenges for several days before going cold turkey, and was only bringing a couple to work each morning to last through the day. One morning I forgot them and had to decide whether to buy more nicotine or make that the day to go cold turkey. I chose to start the quit and found KTC that same morning. I could barely communicate in my first few posts, the fog was so bad, but I stayed close to the site and the rest is history. I’m a HOFer!

The people and information on KTC encouraged me to keep powering through the quit. I learned to put a name on “the fog” and was told it would, eventually, go away. After about 50 days my concentration was indeed as good as ever, and my life has improved in many other unexpected ways in the 100 days since I quit. Another important thing I learned was that to quit I had to push through my triggers, which for me meant, most of all, big writing assignments. Being quit on vacation or in a slow period wasn’t enough. I had to get through long, stressful writing sessions without dip. When I accomplished that, I’d beaten my biggest trigger and knew I was finally quit. I think it’s the same for anyone: you need to identify your triggers and overcome them.

To anyone starting out on this path of recovery, I can attest to the following based on my own experience: the addiction lies, you CAN quit, no matter what the addiction has led you to believe to the contrary, and the information and accountability, not to mention the cancer pics, provided on KTC are proven resources to help you do it. And once you have, write a HOF speech – we’d all love to hear about it.