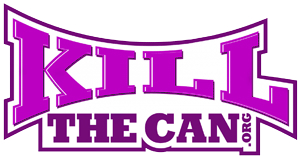 I took my first dip freshman year of high school. It was a skoal bandit wintergreen. I didn’t really feel anything but wanted to appear like I was a cool kid, so I asked the guy who got them to get me a tin of kodiak ice. What a mistake that was since the fucker robbed me of my 5 dollars. I finally got the courage to walk into a store and out I walked with my first ever tin. I can’t even begin to describe the rush that I felt sitting on the toilet taking my first dip. I tried to stand up but got so dizzy. Little did I know that first dip would turn into an 11 year habit.

I came here 100 days ago. I had just lost my dream job, had a bank account that was getting ready to overdraw and a place to live that I was about to lose because of the no job or money. So I figured what better time to quit then now huh? I feel like at first I quit for all the wrong reasons, mainly having no money. But as I spent more and more time here it all started to make sense to me.

The first person here to say anything to me was Scowick. People doubted my first day and what I wrote saying that it didn’t look like I was serious about quitting. Maybe it didn’t seem like that because of what I wrote. As time went a long it went from quitting because I didn’t have money and figured I should to being the right thing to do to save my life and take it back from the nic bitches clutches and gain control of my life on my terms.

So many people reached about to me. People like leahy who PMed me to get the lay of the site, klark, luke, jburrus, copehater(the love of my life), tarpon, gheytor. Way too many people to be named. And then there’s the December DD’s. The group will always be known as the DDD’s to me. Name change or not. Brother, grizz, Toetag at one time, azchief, Jimwot who is the first person I talked to on the phone, charliehotel. All the badass motherfuckers of our group who can’t be named because it would be too much. I could not have done this without any of you. I could not do this without taking 5 seconds of my life and holding myself accountable to a bunch of strangers who in turn became some of my good friends that I talk more to than just about everybody in my life.

It works only if you want it to work and do the things that make you accountable to other people. Like this speech or hate it, do whatever you want. But just know that if you’re looking to quit, this is the best place to be. Listen as much as you can at first. Post roll everyday, get some phone numbers. It may seem difficult at first, but its the easiest thing you can do to aid in your quit.

Here’s to day 100. A big milestone for the newbies that stick it out and want it, but ultimately just another day in the life of your quit. Day 100 and I still get craves and want to dip sometimes. I don’t think its going to go away for a while, but at least I know I’m strong enough to deal with them and get through it with the people that have been right there with me going through it before me or still waiting to hit the day I’m on.

Thank you to everybody who aided me along in this and helped me get through some rough spots when all looked bleak and I wanted to give up.

You Are Killing Yourself

No Longer a Ninja (Dipper)