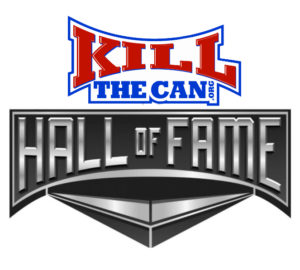 Like many of you, somebody handed me a can in my early teens. It didn’t stick with me right then. I eventually started smoking. Over time, dip grew to be an occasional break from cigarettes, something I had a taste for once in a while. I quit smoking and dipping during my last year of college. A few years later, I got out of a stressful late night meeting at work and just knew that a dip would make everything all right.

Ten years later, I’ve kept the secret well. Nobody knows. I’m over a can a day. Well, my dentist figured it out a couple visits ago but only said, “be sure to move it around”. I’m dipping late into the night to stay up for one last one. I’m dipping in the bathroom, spitting in the toilet because I don’t want my new wife to find out. I’m freaking out on vacations, sneaking off to find a can, get a quick dip and sanitize my breath before returning to the hotel room with a lame excuse. I once spent $20 for a stale can in the San Diego airport after walking a mile to get to it! I’m frequently throwing away a can after just one dip only to dig it out of the trash later. My entire life revolves around dipping and somehow suffering through the hours I can’t have dip. Most of all, I’m planning to quit tomorrow — every single day!

I will probably never really understand the toll dip has taken on my life: missed opportunities, failed friendships, lack of fitness and recreation, declining work performance, declining self-esteem. Most of all, I think my sanity was going as, every single day, I believed the lie that I would quit tomorrow. I went through all of this alone and ashamed.

I finally tried searching the internet for help. I found this site. It was a couple months before I realized there was a forum. I clicked the link. I watched ConcreteWall bounce around for a few days. I joined but couldn’t commit. I planned to try the next week. I read so much about quitting NOW and not waiting because that planned quit never comes but there was no way I could survive a night without dip. I posted my first roll that next morning. I can’t believe that was a hundred days ago. I hope I never forget the hell of those first few weeks. Watching each new quit group go through it is a great reminder.

I tried making a list of everybody and everything that contributed to me making the HOF but it is way too long. Let me just say that all of you have helped whether you know it or not. Your selfless and sometimes even selfish ranting, whining, blowharding, quoting, preaching, insulting, douchebagging, raging and looting made this happen.

Thanks to everyone in my class, the November 07 group with no name.

A special thanks to ConcreteWall and the folks that pushed him through his first few days as I watched from afar. Many powerful things were written. It’s those heavy words that stop a crave in its tracks everytime.

If you’ve been here awhile, thank you! If you’re new, welcome to the suck! You can do it. PM me for anything.