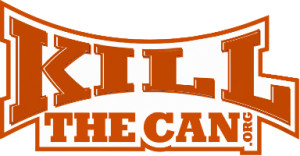 I am addicted to nicotine. It took me almost 16 years to arrive at this realization. There were signs along the way but like any addict I ignored them. I began my path to addiction my sophomore year of College. Up until that point, I had never injected nicotine of any kind into my system. Even though I grew up in a home with a smoker, I never had the urge to give tobacco a try. I hated my mom smoked. I never understood why she could not quit and I swore to not follow a similar path.

The Grip Sets The Trap

It is interesting how youth makes you stupid. My first dip was a pinch of Cope. Although I was not a big fan of Cope, I enjoyed it enough to buy a can the next day. It was not long before I made the transition to Skoal Mint. In the early years, I was mostly an open dipper. Outside of not dipping in front of my parents, I pretty much dipped where and when I wanted. I was lured into the belief I could manage the habit. Yes, I believed it was a habit. It would be many years before I would realize the power of “the grip”. Yet, I still had the balls to give my mom a load a crap about smoking. All the while, I was stuffing my face with the same crap. I was stupid.

Following College, I embarked on a professional sales career. It would have been a great time to reassess and make change. Unfortunately, the long hours and travel only helped to strengthen my dependency. Dipping became more of a need than a desire. If I hit the road for a long business trip, the first thing I did was put in a big fatty. I really believed I could not drive without dip. If I flew, I would think about the dip I was going to put in when I got into my rental car. I could easily blow through ½ can sitting in my hotel room. Slowly but surely, I had developed a series of triggers. The longer I dipped the more triggers developed.

By the time I was married in 2000, I was a full-on slave to the can. I had openly dipped in front of Christy during our courtship. She did not like the habit but she tolerated it. Now that we were married and living together, she wanted me to consider quitting. I would spend most of the next 6 years making promises I did not keep. I promise to quit:

Facing increased pressure to quit, I started to become a “closet” or “ninja” dipper. It did not happen overnight but with each broken promise I began to withdraw. The grip was now in control.

Addiction will make you selfish. Once I went underground with my dipping, I would do anything to find alone time to get in a dip. I remember leaving the hospital the day my twins were born to go home so I could get in a dip. I stopped going to bed with my wife so I could get in one last dip before the end of the day. I could go on and on. Although I did not need a dip in my mouth 24X7, when I needed it I would do anything to get it. I would put the can in front of most anything.

During the last year, I began to realize I was heading down a slippery slope. I was living a lie. I became very edgy almost panicky. I became increasing concerned my addiction was impacting both my health and my marriage. My actions were no longer consistent with the man, husband and father I wanted to be. For the first time, I wanted to quit but I was struggling to put down the can. As days passed, I would become more isolated. I needed help but did not know where to turn. I wanted to come clean with my wife but I did not know how.

It was Thursday, March 1st, 2007. After spending the early part of the week on the road, I was working from my home office that day. My wife was out for the day with the kids so I had a big fatty in my mouth. At some point, I clicked over to ESPN to get the latest sports news. Since I am a diehard Yankee fan, I scanned the site for any Yankee information and/or information about the hated Red Sox. When I first saw the headline, I did not want to click it open. I did not want to be reminded of my weakness.

Eventually, I did click open the article and it was the first step on my road to getting quit. Although I hate the Red Sox, I have a lot of respect for what Francona has done with that team. Now, he was willing to go public with his quit. I took notice. More importantly, I took notice of a post at the bottom of the page titled killthecan.org.

I did not know it at the time but WhoDey’s gesture of brotherhood would change my life. I found the help I had been craving. I spent the next hour or so reading the site and decided it was time to quit. I flushed my new can of Skoal down the toilet and posted roll. I had a lot of reasons to quit but that day I decided I was quitting for me. The last 100 days have not always been easy but I used this site the way it is suppose to be used.

Along the way I learned a lot about myself and more importantly I learned I was not alone. I want to thank my A-Team quit brothers. Each day you guys reinforced my quit. I look forward to welcoming all of you into the Hall. To all the old-timers, thank you for continued support. I especially want to thank Chewie, LOOT, and WD. You guys always provided the right balance of information, encouragement, and kicks in the ass. It worked. Finally, I want to thank my wife. Early on in my quit, I came clean and asked for her support. She has played a large part in helping keep me focused the last 100 days.
I could not have done it without her support.

I have won a major battle but I realize this will be an ongoing war. Today, I feel more prepared than ever. Get Busy Living or Get Busy Dying. I choose living.

I'd Rather Be Burning a Mule... 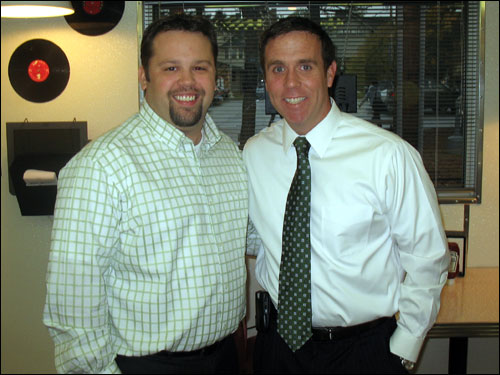