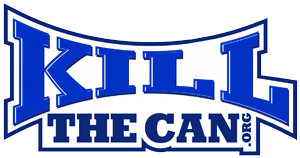 I’m writing this on day 102 of my quit, I’m 39 years old and I started chewing in 8th grade. According to my calculation that’s way to f’ing long to have been a douche bag and not long enough living like I should have been.

Like most I started young and just kept going – at some point after college and marriage I ended up working for companies like Motorola and Arthur Andersen and had to go underground, because I had to chew at work. I stopped spitting and started swallowing, which made it way easier to chew all the time everywhere I went (work, home, dinner, movies, church (yep I’ve taken communion with a chew in my mouth PATHETIC), social functions, everywhere). It was up in the AM with a chew and on many occasions falling asleep at night with a chew in my mouth. Did I mention I was a douche bag?

I have a wife and three kids (ones a 10 year old boy Noah). I’ve had two other serious attempts at quitting. The first time I used, I mean abused nicotine gum, and it was an utter fucking failure. I just started chewing 2 and 3 pieces of the gum at a time. Then in my brilliant mind I justified it was cheaper just to chew and there I was.

The only other serious attempt (prior to this) was when my wife called my doctor (been my doc since 4th grade) and he hooked me up with antidepressants and instructions on how to properly use them in conjunction with quitting. Was a tad more successful with this effort but still only made it chew free about six months after I stopped taking the drugs.

My 10 year old son recently started spitting and requesting the tins of jerky chew from the gas station. I eventually had a moment of clarity and realized that he doesn’t yet know I’m a douche bag and actually looks up to me and is simply trying to emulate me. Though there are any number of other reason I knew I should quit for GOOD, that was the straw that broke this mules back! It’s one thing for me to be selfish and die of cancer leaving my kids fatherless and forcing them through that trauma, it’s another level of selfishness and completely different to all but guarantee I’m leading my son and his friends to similar lives of addiction, dependence, and dysfunction. So I decide it was time to stop being a douche bag.

No epic event or giant plan to quit, my wife has been nagging me to quit for 12 plus years, I kind of enjoyed chewing, I didn’t have some health scare, I simply looked at my son and felt like the worlds biggest stroke!

My wife and kids were going on a week’s vacation (without me) and I was leaving for a 7 day business trip hours after they returned. I decided to nut up and simply go cold turkey, figuring that the two weeks separated from my family would spare them the wrath of me without tobacco. This wasn’t some half assed bullshit “I’m going to quit”. This was, “I’m FUCKING DONE FOR FUCKING GOOD THIS SHIT HAS GONE ON FOR TOO FUCKING LONG QUIT being a pussy, nut up, and do what’s within your power to ensure Noah doesn’t end up in this exact same spot 29 years from now.”

It was hard, I gained 20 lbs, couldn’t sleep, couldn’t stay awake, couldn’t take a shit, went through bags and bags of seeds. When it got really bad around week 4 I would cuddle up with a bottle of JD (not the best method, but I was staying quit come hell or high water). Things eventually balanced out – was able to identify triggers and take appropriate action to avoid some and handle others with better choices. Eventually I was surfing the information super highway and ran across KillTheCan – it helped.

I can’t tell you why it helped, I didn’t txt anyone, or call anyone on the phone, I didn’t help anyone else, I simply signed on every day and posted a number that gradually got bigger and bigger. Just the fact that I knew others were out there going through the same thing and choosing to post their number as well encouraged me! Though I could have started chewing and lied or just vanished off the site it helped knowing there were others facing the same challenges and working their quit. The board might work different for you, but what I do know it that it helped and it worked. Was it a silver bullet, nope, but did it help to hold me accountable at times when I thought fuck this I’m just going to buy a tin. It sure did – I wanted to be able to post rosebudcassidy day 48! and rosebudcassidy day 51! Then I wanted to get to rosebudcassidy day 100! And I did

102 is a nice number, but I’m not kidding myself – it’s still hard, I still crave/jones, still have grumpy fits, but it’s getting better. I know that I CAN’T just take one dip, I know it’s no ones fault but my own that I ended up here, and I know that no one else can keep me here except me. Maybe as I get more days under my belt I’ll have magical words that will help others, for now I’m afraid the reality is that though there are a lot of things we all have in common, the reason and the way we quit is always going to be a tad different.

I want to end this HOF diatribe with this – if you chew and you want to quit it is possible, there is good information on this site to help you, there are people who can and will go above and beyond to help you if you ask for it, yes it sucks at times, but for some reason for me and others the ‘magic role call’ post in the mornings eases the burden just enough to keep you going for the next higher digit!

Oh and though the knife and coin are cool I saved all the money I would have spent on chew over 100 days and purchased a new HP Mini 110-1125NR running Windows 7! 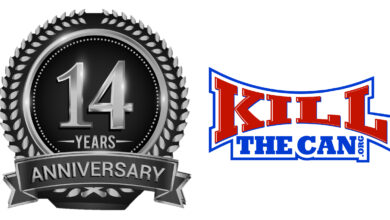 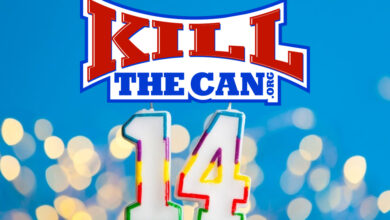 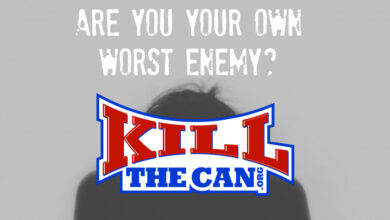 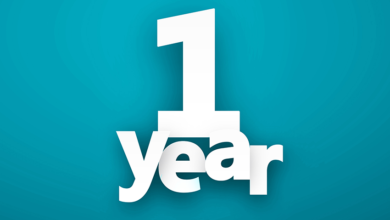