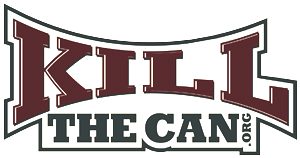 This is MY quit. I like those words. I have ever since Kodiak Slayer changed the wording on our group header on October 4. “Welcome to YOUR quit” may have been around for a while, but the play on those words from Full Metal Jacket just seem to say a lot more than people probably catch on to. You see, in the short time that I’ve been here, I’ve seen a lot of opinions on how each of us should quit and stay quit. There have been a lot of questions asked and comments made about nicotine product replacements and fake dip and posting roll and accountability and being verbal and getting in chat and having green dots and to show tough love or to coddle and PMing lost souls. I’ve even given my thoughts a time or two, and I certainly have my opinion, but the simple fact that it’s MY quit… Well, here’s a little bit about my quit.

I’ve often thought about this. When I came to this site I was much like many others that I’ve spoken to on here that were just looking for some answers. I was seeing sores in my mouth and thought I should check into some self diagnosis on the good ole internet! That’s as good as a doctor to some folks so I’ll give it a shot. Of course I searched the pictures, looking for something that resembled what I was seeing in my mouth. I found a few and decided I did not want to go through life worrying about the big “C”. One thing I want to mention here is the fact that I had never, and I repeat NEVER made an attempt to quit dipping. I put my first dip of Copenhagen in my mouth when I was 14 sitting at my Grandmother’s house after school. It made the room spin and do flips. I was scared and I was hooked. I used every type of tobacco product I could find back then; dip, chew, cigarettes, cigars, pipes. Heck, I even used that “sniff snuff” when I was in school because it wasn’t noticeable. What a retard. I pretty much used some form of tobacco in some capacity all the way up until I started Basic Law Enforcement Training at the age of 27. I primarily smoked at this point but decided that if I was going to make it through BLET I had to quit. I saw that pretty much everyone else around me dipped so I picked it back up. I started dipping two cans a day. Grizzly Wintergreen changing over to Mint when I got in law enforcement. I must say that there are many things that I’ll never be able to recall that have happened in my life, but I can say that in all those years, since I was 14 years old, I have NEVER made an attempt to quit using tobacco products. I had no reason to. My girlfriend/ wife knew about it all. I just never wanted to quit. It was a lifestyle and never thought of as an addiction.

But now…now I was seeing these sores. I had been shown pictures of sores as scare tactics to quit by people before but I just laughed at them. “That wasn’t me. I never will have that problem.” Like I said, retard. So I was searching the internet, looking for something to tell me that what I was seeing wasn’t that cancer stuff and I also thought that, while I’m at it, I may look for something that might help me quit. When I thought I’d viewed enough cancer pics, I typed “help quitting dipping” and at the top of my results list was this site, Kill The Can. I came in and looked around a bit and, lo and behold, I found LIVE CHAT. I thought, “OK, let’s see what kind of geniuses we have in here.” When I came in, I saw every kind of conversation going on. Kd4jet was there. SamCat was there. Those I remember, though I’m sure there were others. I think somebody asked me if I was new and if I was quit and I made a little mistake by saying that I was “trying” to. They, of course started telling me that this place is for quitters and I should come back when I was ready to quit. I was asked if I was a pussy. I was called a fucktard. I was told to grow a pair and quit. But THEN, what came next was the biggest mistake of them all, but one that probably saved my life. I was asked if I had a dip in right then, and I answered with a truthful “Yes”. The fit hit the shan in there! SamCat even told me (in bold print, I think) “SPIT THAT SHIT OUT OR GET THE FUCK OUT OF OUR CHAT ROOM!!” Everyone was telling me to “spit it out or leave. Spit it out and we’ll talk to you about quitting.” I told them that I wasn’t quit; I was just looking for some information on quitting. I remember saying, “Wow! What a way to get someone to quit; by insulting them and cussing them! Fuck ya’ll! I’m out of here!” But I didn’t leave quite yet. No, I was intrigued and wanted to read their reactions. Plus, I really wanted to quit. I thought, “People can’t be this insensitive. They don’t mean it, right?” lol I told them “Fine, I spit it out. Now what?” At that point, the room was already kinda pissed at me since we had a heated back and forth exchange of words there. So I was about to leave when I saw a little blinking tab at the top of the page that said “pista”. I clicked on it. In that private chat room I met an awesome quitter. One who explained to me that those were good people in that chat room that were just serious as hell about their quits and only wanted to help me if I first showed them that I was willing to help myself. Pista showed me how to register, how to post roll. He was/is a real mentor and I have learned just how serious he is about being quit and doing what it takes to help you stay quit. Want to know the kicker? The guy lives in the same town I do! I dedicate part of my HOF to him for his part in it.

When I started posting roll, I knew no one, of course, and didn’t have a clue as to how this all works. I just knew I was quit and I was going to do whatever it takes to stay there. I had looked over the site. I had seen the pics and read the stories. I had read Tom Kern’s Story (which made me cry) and the Top 100 (which made me cry laughing). I saw that, before I got there, December 2009 group already had some badass quitters. Bajahammer, Jled, CJ, and babsc01, a 27 year dipper. They were there. There were others who were looking good but dropped off somewhere for different reasons. I just knew that I wanted to be a badass quitter like those folks I had been reading about, those I had spoken to and sometimes just listened to in chat. I met 25 year dipper Gump shortly thereafter in PM. I knew then that he was a great guy and a strong quitter. His outlook on his quit is genuine. He quit for his daughter. Other awesome quitters came along after me like Kodiak Slayer and Rawaldem. And there was SouthBeach who told of his previous attempt in the November ’08 group and how he caved. He gave his promise to stay quit to us all and look at him now! All very vocal badass posters. I met Snowboredm in chat and have called him friend ever since. Nice perfect attendance by the way Snow! SFnurse and mills, who couldn’t seem to post one single day correctly until his day 22. He got it right though and hardly missed a post. Carpenter, Medic, AfHawk, and hfd2049 who is another of the most vocal members of our group. Pbear 13 and Cards Fan who got here later but is right in line with Gump and myself. Ahfull and lemongolfballs. Let me tell you what I know about this guy. Kudos to this guy! If I had struggled as much as lem has in the time he’s been on here, I’d have caved long ago, but he’s right here with the rest of us plugging along like a champion! More badass quitters rc-grizzly, razd611, skippyshoes, and griz03 still here. When skippyshoes first came on I questioned the name, but he and griz03 are two other awesome quitters with perfect attendance in roll! Nice job guys! Wasn’t sure about carpetbagger at first but he hung in there with us along with masterN8. Thanks for sticking it out guys! Last but, of course, not least in the December 2009 hall of kick ass quitters is Hal. Is there a person here that Hal has not reached out to and been there for? If so, give it time. Thanks for being there for me Rick!

Well, I pretty much reserved my “shout-outs” to our beloved December 2009 group members but there are countless veterans on here that are certainly the cornerstones of KTC. There is no one on KTC who hasn’t bumped into their fair share of them. Veterans are being made every day here. This site has been an invaluable resource for all who are willing to delve into the pages and read. It takes participation and dedication to be a quitter. It takes accountability. And most of all, it takes people who are willing to extend their hand and say, “I’ll help you quit” or “I’ll show you the way.” I have found all of those things right here and I am eternally grateful to each and every person I have come in contact with on this site. We may not all agree on methods of quit, or how to keep someone else quit, but I have taken what I needed from this site, the things that I have found most useful to ME to help ME stay quit, and I have discarded the rest. I have also found even more purpose here in doing what Hal always says, by “paying it forward”. This is not the end, but the beginning.

You're Not Alone - The Relationships of Quitting 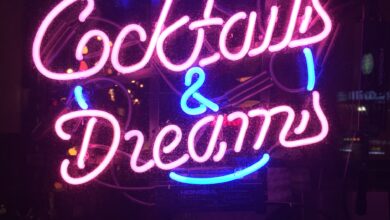 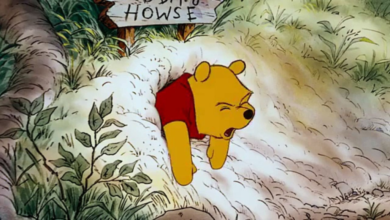 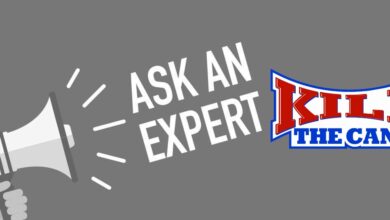